Ryanair boss Michael O’Leary has criticised the UK government’s plan for those arriving back in the UK to isolate for two weeks. He appeared on ITV’s Good Morning Britain today to share his thoughts on the new rules that were rolled out yesterday. Speaking to Piers Morgan and Susanna Reid, O’Leary slammed the quarantine measure as “nonsensical”.

“I don’t think this 14-day isolation will be effective,” said O’Leary.

The Ryanair CEO pointed out that “lots of British families will be still be going abroad to Spain and Portugal for their two weeks holiday” and will be back more than two weeks before schools open.

He continued: “We know from our own customer feedback that there’s a huge pent up desire to want to get away to the beaches of Spain and Portugal.”

Today, Ryanair announced plans to return to 40 percent of normal flight schedules from Wed 1 July 2020, subject to Government restrictions on intra-EU flights being lifted, and effective public health measures being put in place at airports. 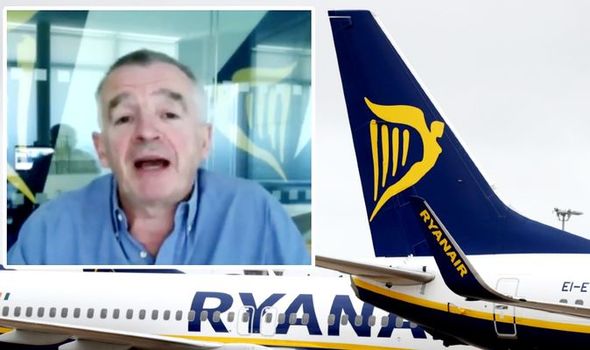 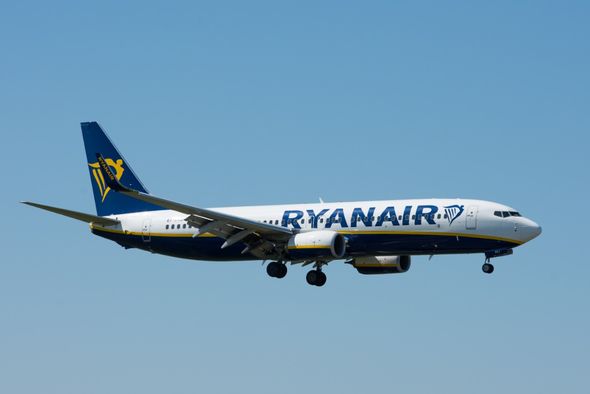 However, the airline is also encouraging passengers to observe effective health measures to limit the virus.

Just some of these include Ryanair cabin crew wearing face masks/coverings and a limited inflight service will be offered of pre-packaged snacks and drinks, but no cash sales. All onboard transactions will be cashless.

Queuing for toilets will also be prohibited on board although toilet access will be made available to individual passengers upon request.

“We have released a two and a half minute video this morning on effective health measures which largely include temperature checks, hand sanitation and face masks at all stages during the airports and on board the aircraft,” O’Leary told Morgan and Reid.

“What we’re against are overly ineffective measures such as this nonsensical two-week isolation, which somehow only applies if you’re not French or you’re not Irish.”

O’Leary explained he simply didn’t think the quarantine was something that could be regulated.

“It appears that the government can’t enforce the quarantine,” he told GMB. 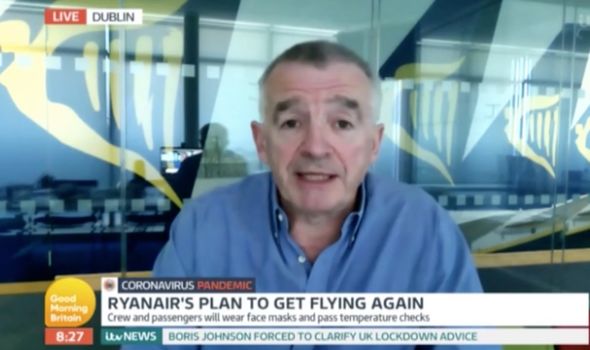 “There’s no quarantine for anybody travelling on the London Underground, which is a much more lethal centre for spreading viruses and coughs.”

O’Leary added: “There are a million passengers a day flying back into the UK [in normal circumstances] so the idea that any of it would be policed by this government is a nonsense.”

The Ryanair boss also explained that they are looking to sell as many seats as possible. 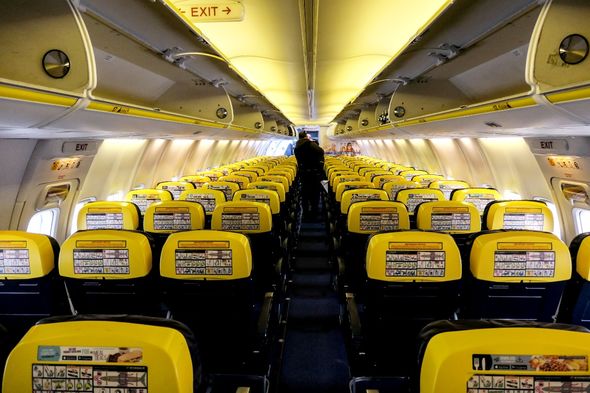 Replying to Morgan’s comment that he felt for the airline industry, O’Leary said: “Don’t worry, we are a resilient lot, we will bounce back quickly with the support of our customers.”

Since the coronavirus flight restrictions in mid-March, Ryanair has been operating a skeleton daily schedule of 30 flights between Ireland, the UK and Europe.

From July, Ryanair will restart flying from most of its 80 bases across Europe.