Home » Travel » Google Maps: Users left terrified when they spot this man – what is wrong with him?

Google Maps: Users left terrified when they spot this man – what is wrong with him?

Google Maps Street View is one of the most popular tools that users can use to see the world’s most popular landmarks. From visiting the Empire State Building to the Eiffel Tower, Google Maps allows you to visit these destinations just by a click of the button. However, it has also been used to uncover some of the world’s most weird and wonderful scenarios. One bizarre sighting left Google Maps users shocked by a man’s terrifying incident.

The scene unfolds in Sweden, in what appears to be by the side of a river or a lake.

The man is sitting on the pebbles that are by the side of the water and he appears to be dipping his feet into the water.

Sunshine is shining overhead, and nothing seems to be out-of-the-ordinary.

However, the man’s head is missing from the shot completely, and you can only see part of his hair. 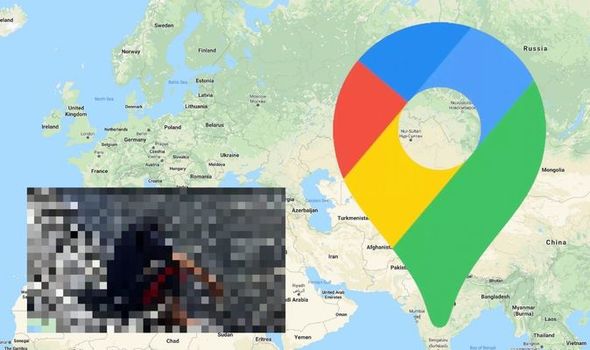 His body is also visible with his knees bent up and he is leaning his arms on his legs.

An eagle-eyed Reddit user posted his photo and wrote: “U good mate?”

He is dressed in a navy t-shirt as well as navy bottoms with a red stripe.

Part of the man’s back is also missing and you can see the clear water through his back.

However his face has completely disappeared and is nowhere to be seen.

Although there may be a rational explanation for this bizarre sighting caught on Street View.

Glitches appear to be very common on Google Maps Street View for many reasons.

Google Maps creates the images by stitching together the 360 degree image sets submitted be users, meaning small errors can occur in the stitching. 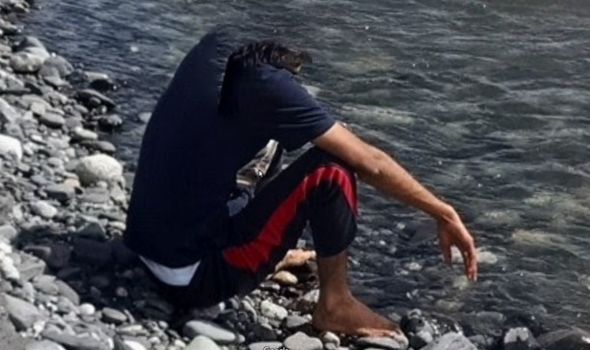 Glitches are therefore very common on the site.

Another bizarre scene was captured in a desolate area of Florida, just outside of the Bermuda Triangle. 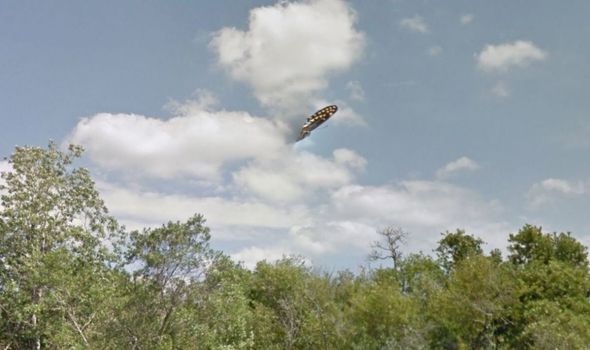 Even when zoomed in, it’s hard to identify what the object exactly is, with it sparking supernatural concerns online.

The oval shape is different colours but half of it has been cut off, again another stitching problem.

One user suggested that it was simply a “butterfly” and that it only sparks supernatural concerns because half of the object is missing, meaning it is hard to identify it.

There is no rational explanation for what the weird shaped object actually is and one user on Reddit suggested that an insect scientist should answer the question.