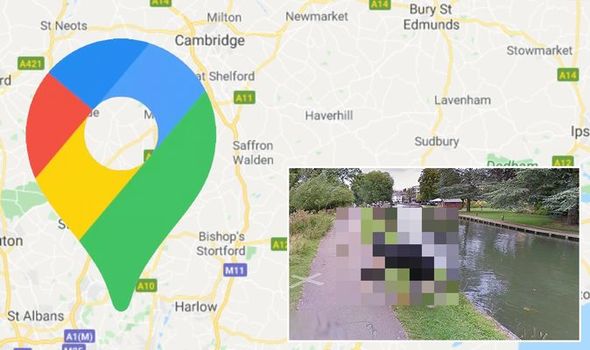 Google Maps Street View has become an unlikely source of comedy over the years. The tech giant’s all-seeing camera has snapped some very bizarre sightings. Luckily, if people are captured by Google’s lens, the technology is always quick to blur out faces to protect privacy.

However, it would appear that sometimes Street View gets a bit carried away.

It depicts a cow grazing on the banks of the River Cam in Cambridge, UK.

It seems as though this is no ordinary cow, though. 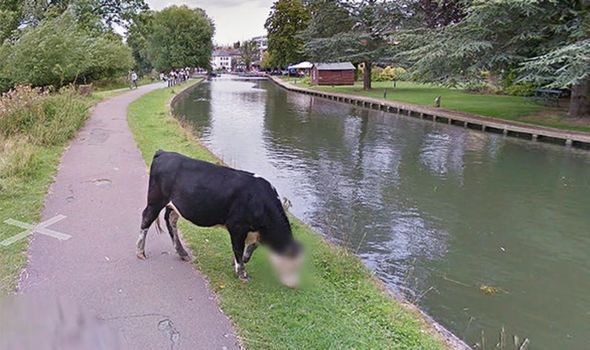 Google has gone to the lengths of blurring out its entire face.

While the blurring still shows the animal has a white face, as it bends down to the grass, its details are unidentifiable.

But given privacy is reserved for humans, number plates and house numbers, why has this creature had its face blurred?

The image was shared to Twitter with the caption: “I’m glad Google is taking cow privacy seriously.”

Unsurprisingly, others were quick to join in with puns. “Udderly ridiculous,” said one user.

So what was the reason behind Google’s commitment to privacy amid the bucolic scene?

It soon transpired that Street View had erroneously blurred the cow’s visage. 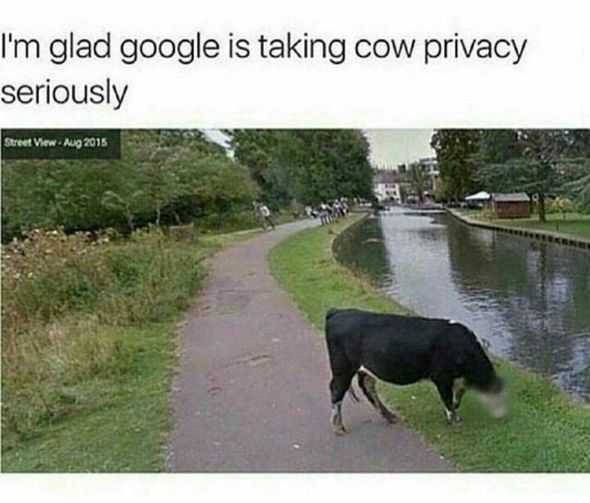 However, the tech giant showed a good sense of humour with the admission.

A spokesman for Google told The Telegraph: “We thought you were pulling the udder one when we herd the moos.

“But it’s clear that our automatic face-blurring technology has been a little overzealous.

“Of course, we don’t begrudge this cow milking its five minutes of fame.” 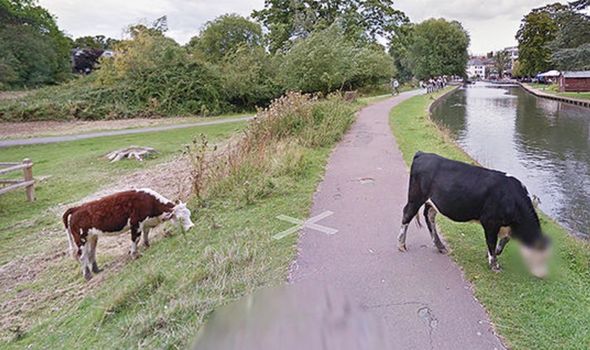 Google explains its policy on its website: “Google takes a number of steps to protect the privacy of individuals when Street View imagery is published to Google Maps.

“If you see that your face or license plate requires additional blurring, or if you would like us to blur your entire house, car, or body, submit a request using the ‘Report a problem’ tool.”