Hotels give healthcare workers some comfort

Hotels are using their empty rooms as a force for good,
offering to house healthcare workers and other essential personnel as hospitals
across the country grapple with Covid-19 cases.

Marriott International’s Bonvoy loyalty program has launched
its Rooms for Responders initiative, working with credit card partners American
Express and JPMorgan Chase to donate up to $10 million in hotel stays at no
cost to frontline healthcare workers in the U.S.

Likewise, Hilton has teamed up with American Express to
donate up to a million hotel rooms to frontline medical professionals — including
doctors, nurses, EMTs and paramedics — through May 31.

Hilton said donated rooms will be available across the
company’s Hampton, Hilton Garden Inn and DoubleTree flags, among other brands.
Employees at participating properties will receive health and safety training
in order to mitigate risk, while rooms and common areas will continue to be
sanitized using industrial-grade cleaners.

“Knowing that there is a safe, clean and comfortable hotel
room waiting for you at the end of a long shift can make all the difference in
the world right now,” said Dr. William Jaquis, president of the American
College of Emergency Physicians. “The kind of compassion and caring that Hilton
and American Express are offering has never been more welcome.”

In New York, the epicenter of the Covid-19 pandemic, the
Four Seasons New York in midtown was the first New York hotel to officially
offer free accommodations to healthcare workers.

The luxury property announced in late March that it had
partnered with a network of New York medical associations and hospitals to
house doctors, nurses and critical care personnel, welcoming its first
frontline workers on April 2.

To allow for social distancing, the Four Seasons New York
has made 225 of its 368 rooms available to medical professionals, with the
hotel expecting to reach full capacity by the end of this week. 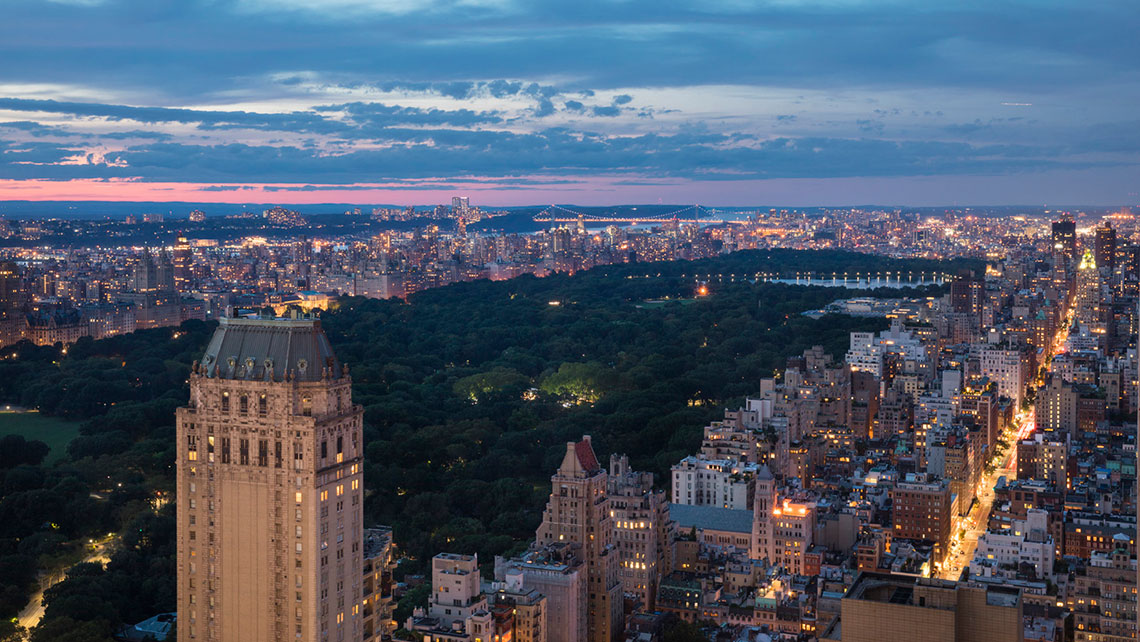 Stringent entry, check-in and cleaning procedures have been
put in place to protect Four Seasons New York employees and guests. Only one
person is permitted into the building at a time and each person must undergo screening,
including a temperature check. Signage and floor markings are used to designate
proper social distancing throughout the hotel. All meals are boxed and designed
to be consumed in the room.

After a guest checks out, each room will remain empty for
three consecutive days and then cleaned and disinfected by a third-party
company before being cleaned again by the Four Seasons New York housekeeping
team.

“Our healthcare workers are working tirelessly on the front
lines of this crisis,” said Ty Warner, founder and chairman of Ty Warner Hotels
and Resorts, which owns the Four Seasons New York. “Many of those working in New York City have to travel
long distances to and from their homes after putting in 18-hour days. They need
a place close to work where they can rest and regenerate.”

In Dallas, the Statler Hotel has pledged to provide some $30,000 in accommodations and meals to medical professionals. The
property, which is part of Hilton’s Curio Collection, has set aside two floors
to house healthcare personnel, with each medical worker to receive meal
vouchers for a boxed breakfast, lunch and dinner provided daily by Refined
Hospitality Concepts, which operates the Statler’s restaurants.

Sean Terry, vice president of entitlements for Statler Hotel
owner Centurion America, urged other corporate leaders to reach out to the
property’s team with donations, with the hotel willing to allocate additional
space to first responders at cost.

“It is the responsibility of all of us to find creative
solutions to the problems created by the Covid-19 pandemic,” added Terry.

The individual brand and property efforts come as the
American Hotel and Lodging Association (AHLA) promotes its industry-wide
Hospitality for Hope initiative,
which identifies properties that have offered to provide temporary housing to
emergency and healthcare workers. The AHLA said earlier this week that more
than 15,000 hotels have joined the campaign since its launch.

Also looking to connect hotels with healthcare professionals
is Cloudbeds’ #Hospitalityhelps campaign, which has accumulated well over 1.2 million
volunteered hotel beds in its centralized repository.