Don and Karen Wood, the owners of Gold Key Travel in Longmont, Colo., were ready to retire and sell their agency this year. The husband-and-wife team have worked at the agency — founded by Don’s mother, the late Muriel “Mitzi” Wood, in 1966 — since 1979.

Their son Eric, the agency’s president, told them in February that after 11 years at Gold Key, he wanted to pursue a different path. Don and Karen both turn 65 this year. They planned on retiring anyway, so selling Gold Key seemed like the natural decision. A few agencies in Colorado were interested.

“And then March hit, and then everything changed,” Don Wood said.

Covid-19 caused a virtual halt to travel. It also halted Gold Key’s discussions with potential buyers. Negotiations hadn’t yet begun, Don Wood said. He and his wife thought they would take their time with the sale. With a number of larger groups on the books, it was going to be the agency’s biggest year ever, a good one in which to sell.

But the potential buyers were grappling with layoffs and focusing on their own agencies, he said, so adding to an already complex situation with an acquisition didn’t make sense. 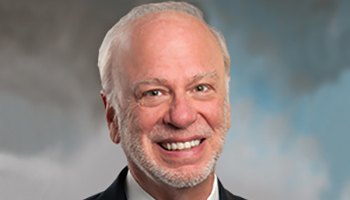 Here’s how to meet legal and business obligations if you decide to close up shop.

And on top of that, none of Gold Key’s 15 current employees were interested in taking over the agency.

The Woods decided to send a notice to their database of 4,000 that they would retire and Gold Key’s doors would close. They started to look for options for their employees who wanted to continue selling travel, like affiliating with a host.

“But then, when word got out, some people approached us that they were interested in buying the agency, and that’s where we stand now,” Don Wood said.

The potential buyers, which include a young couple, have experience owning small businesses. Don Wood said he believes they will have a successful career at Gold Key. He also said now is an especially good time for them to get into the business: With the halt in travel, they can spend time getting up to speed and learning the industry.

He also believes when travel does return, the industry in general will benefit from a huge amount of pent-up demand — demand he is pleased his family’s travel agency will be able to fulfill for its community.

“It’s kind of what I’ve always dreamed of,” Don Wood said. “We came in as quite young people in our 20s. It’s just been a wonderful business and lifestyle. We really appreciate all the benefits that we’ve gotten from this business.”