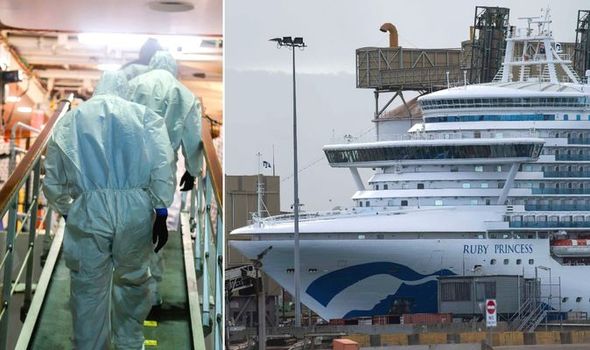 Cruise ship Ruby Princess has been raided by Australian police as part of a criminal investigation into the ship’s handling of the coronavirus crisis, in the latest cruise news. The police have now seized the black box from the ship, part of the fleet of Princess Cruises and owned by Carnival. They boarded wearing protective suits and masks last night.

The Ruby Princess is currently in Port Kembla, about 80 kilometres (50 miles) south of Sydney.

“Police officers entered the Ruby Princess to gather evidence… ships have a black box very similar to international planes and that and other evidence has been seized,” New South Wales Police Commissioner Mick Fuller said.

The raid comes after a criminal investigation was launched into Carnival Australia.

The company has come under fire after thousands of cruise passengers were allowed to disembark the Ruby Princess on March 19 despite some exhibiting flu-like symptoms. 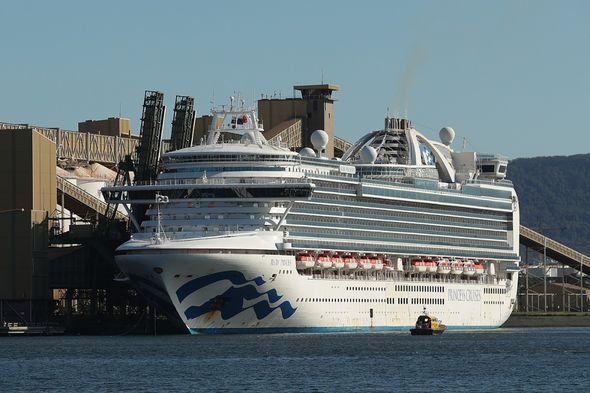 Hundreds of holidaymakers from the ship went on to be diagnosed with coronavirus.

Tragically 15 of these have died.

Over a thousand cruise ship crew members are still on the ship off the coast of Australia.

According to Fuller, “they feel safe on the ship,” which the Police Commissioner described as a “good outcome.”

He said: “I can confirm there’s still over 1,000 crew members on the ship. We’re working closely with [the ship’s owners] Carnival.

“Three-quarters at this stage say they want to remain on the ship. They feel safe on the ship and I think that’s a good outcome.”

The Ruby Princess ship docked on Monday near Sydney following weeks stranded at sea as sick crew members were assessed.

Those who were seriously ill were taken ashore for medical treatment. 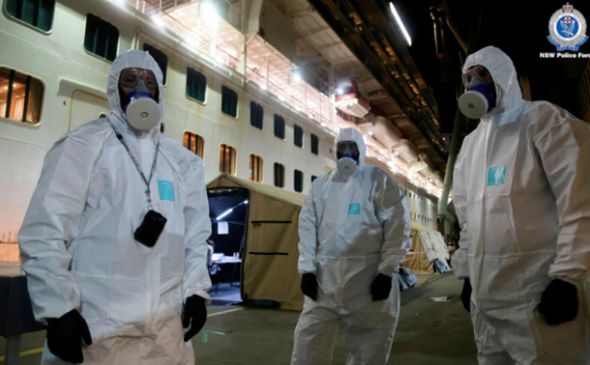 However, authorities have said the rest of the crew will only be allowed off the ship in an emergency.

The cruise ship could remain at the port for 10 days as it refuels and restocks.

Police will be interviewing high-priority witnesses about the coronavirus cruise scandal.

A question mark remains over who is responsible. 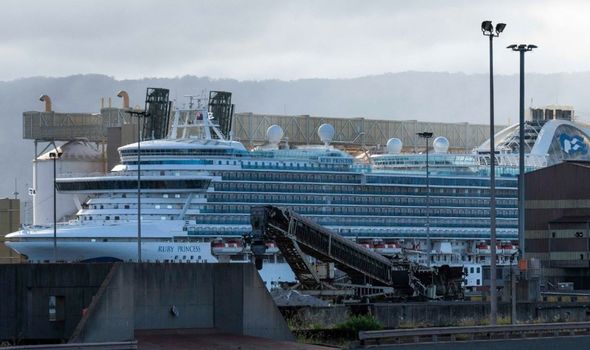 A Carnival Australia spokesman previously said: “We have seen the Police Commissioner’s announcement.

“In addition to willingly participating in the investigation, Carnival Australia will vigorously respond to any allegations of which there must now be full disclosure and the basis for them.”

In the latest update today, a spokesman told Express.co.uk: “The Voyage Data Recorder’s sole purpose is recording navigational information and radio transmissions to and from a port’s control centre for use in marine accident investigations.

“It has no bearing on the health clearance process that Ruby Princess followed to the letter.”